In the ten years from 2008 to 2018, what changes have taken place in China’s real estate industry? This national day is a bit of a waste for developers of Real Estate. Not only the traditional “golden nine silver ten” lost hope, but many buyers in Hangzhou, Shanghai, Xiamen, Guangzhou and other places also pulled up banners to block the sales offices and shouted out to check out because of the “instant price down in the newly bought house”.

On October 4, many buildings in Country Garden, Shangrao County, Jiangxi Province, China suddenly lowered their prices from RMB 10,000 yuan to RMB 7,000 yuan. Some owners have lost RMB 230 thousand yuan before their mortgage was completed. Those, who had already bought houses, have already been outraged collectively. Angry buyers flocked to the door of the sales office, threw eggs inside, and clashed with security guards. 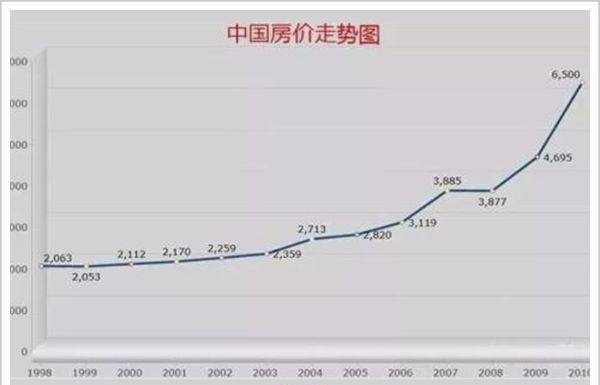 The Myth of Being Broken

before the Vanke sales office was smashed in 2008, the mainland property market just went through a big bull market for nearly ten years. After the Asian financial crisis, in order to boost the economy, real estate was included as a pillar industry to stimulate domestic demand. The subsequent abolition of the welfare housing distribution system has ignited people’s desire to buy houses for decades.

Data show that from 1998 to 2007, the average price of domestic real estate market rose from 2000 yuan to nearly RMB 4000 yuan. During the same period, the United States also experienced a housing boom. But all of this was ended in the subprime crisis of 2008. The storm swept across the world, and China was not spared. Not only did exports plunge, a large number of enterprises collapsed, but the domestic property market also fell to the bottom, and turnover suffered a decline.

Actually that was not related to Real Estate Industry, but other related industry also faced the heavy damage such as Steel industry, Auto industry, light industry and so on. Certainly, after that, China central government rolled out new plan to save the the markets as “Four trillion of saving Chinese markets”. Certainly, this money not only help real estate industry out of hardship time, but it also solved related issues for other industries and markets.