The statement also said that the Anti-Corruption Commission has carried out an investigation into Zahid’s suspected abuse of power, betrayal and money laundering activities, and Zahid’s arrest was related to the investigation. 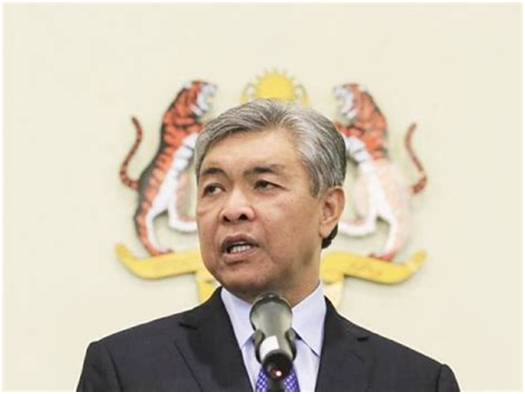 Zahid Hamid Hamidi had been repeatedly questioned by the Anti-Corruption Commission of Malaysia, meanwhile the anti-corruption commission’s investigation into Zahid Hamid Hamidi is also linked to the possible misappropriation of funds from his family foundation.

Prior to Zahid, former Malaysian Prime Minister Najib Razak had been bailed pending trial on more than 30 charges of abuse of power, breach of trust and money laundering in connection with the One “Malaysian Development Corporation and its subsidiaries”. Najib’s wife, Rosmah Mansor, was also charged with money laundering and tax evasion.

He was 65 years old and assumed the post of Deputy Prime Minister of Malaysia in 2015. Malaysia held parliamentary elections in May this year, the opposition party coalition won, Najib then resigned as chairman of the Malay National Unity (UMNO), then Zahid Hamid Hamidi took office as acting chairman and was elected chairman in the subsequent UMNO (United Malays National Organisation) elections. Before this May general election, the multi-party alliance with UMNO as its core was in power in Malaysia for a long time.