America, when we travel to America or mention about United States, there is a famous statue as main topic to communicate. It should be Statue of liberty. Certainly, in United States there are so many miracles and wonders as historical relic, however statue of liberty is more representative during many of wonders. 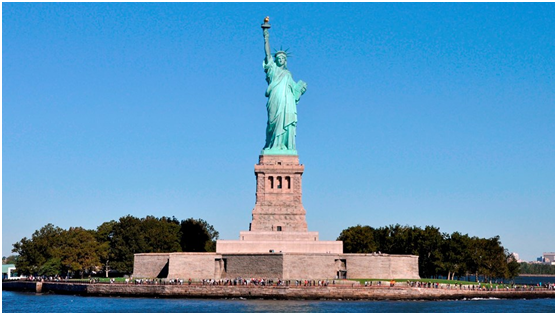 The full name of the Statue of Liberty is the “Statue of Liberty National Monument”. The official name is Liberty Enlightening the World. It is located near the estuary of Hudson river of Liberty Island in New York Harbor. The statue of liberty wears an ancient Greek costume and wears a radiant crown on her head. The seven of outshoot on the crown symbolize the seven continents. The right hand holds the torch of symbolizing freedom, holding a nameplate in the another hand and date of the declaration of independence was carved on it. Under the feet are broken handcuffs, fetters and chains, symbolizing the freedom and freedom of breaking away from tyranny. The Statue of Liberty is the symbol of the United States, the symbol of friendship between the American nation and the American people, and the expression of the lofty ideals of the American people for democracy and freedom. Meanwhile freedom is the symbol of the United States. In 1984, the Statue of Liberty National Monument was listed in the World Heritage List.