Well, the programmers are very popular position around the world. Along with country’s development, technological development, programming industry needs more and more talents programmers so that may satisfy demand of development. You are interested in becoming a computer programmer? Let us walk in to programmer’s job and at the first know about the basis situation of programmer.

The most of employers would like to hire the computer programmers as qualifying a bachelor’s degree in computer science or related field. Certainly some employers also employ trainees and the people just graduates from vocational schools.

For those who have not received formal college programming training, a private college called the Coding Institute has grown up and these private institutes are more popular sometimes. The coding Institute provides systematic and relatively short-term programming experience. The best model for the programmers is colleges or academies which may offer low tuition or tuition free. Certainly, after graduate then for a percentage of salary to pay to the colleges when you find out the job.

Not all employers need a certificate from employee for a particular programming language which apply in the company, but it is strongly recommended.

Related main programming skills you may to grasp as below,

Nowadays the popular programming skills are PHP, JSP, Database Techniques and so on.

Job Description About The Programmers 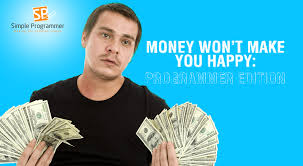 High Salaries For The Programmers

In 2016, the programmers earn an average of 79,840 dollars. According to the Bureau of Labor Statistics, the bottom 10 percent of computer programmers earn not more than 45,570 dollars, and the top 10% of programmers earn up to 130,360 dollars. So after you read this information of salary, there should be motivation for you. For high salary you should study hard and work hard after you become an eligible programmer.

Read more about Computer and Programmer