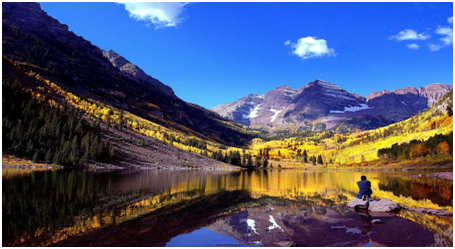 Located in the Namibian Namib-Naukluft National Park in the southern part of the vast Namib Desert, Sossusvlei is a salt and clay pan surrounded by immense red dunes. Sossusvlei, loosely translated as “dead-end marsh” and about 60 km from the coast of the Atlantic Ocean, is where the dunes stop the water of the Tsauchab River from flowing any further; if there were any waters that is, something which happens very rarely. Most of the time the pan, just like the rest of the Namib Desert, is bone dry for years. But in those years when the rains are exceptionally rich and the pan is filled with water, there is reason for celebration and photographers from all over the world come to see this magnificent spectacle: The immense red dunes, among the largest in the world, are reflected in a lake that lasts for no more than a year. While many plants and animals have adapted to the harsh conditions of Sossusvlei all year round, when the waters come thousands of birds flock to the marshy coast.