The launching ceremony of the 5th National Volkswagen Ice and Snow Season was held on December 6th at the Shanghai Oriental Sports Center. A number of international ice and snow organizations were invited to attend the launching ceremony. They saw the 2022 Beijing Winter Olympics in China to vigorously develop the snow and ice sports. After the initiative, they have made suggestions and suggestions, and hope that the snow and ice movement will have better development in China. After the successful bid for the Beijing Winter Olympics, the masses enthusiastically promoted the ice and snow sports. With the continuous implementation of the call of ”300 million people involved in the ice and snow sports”, more and more people are aware of the snow and ice sports and engaged in ice and snow sports. Click Here For More.

In addition to the enthusiasm of the masses for the ice and snow project, the Chinese ice and snow sports are also steadily advancing at the competitive level. Taking ice hockey as an example, from 2015 to 2017, the number of Chinese ice hockey registered athletes has soared from 2,000 to 12,000, and the growth momentum is rapid. However, at this stage, there is still a big gap between China’s ice hockey and the world’s leading ice hockey powerhouse. The president of the International Ice Hockey Federation, Fassel, admits that the development of Chinese ice hockey, especially men’s ice hockey, faces greater challenges. He said: “Chinese athletes train hard and are good at engaging in ice hockey. In order to make the ice hockey sport continue and develop in the long run, international exchange is indispensable.” At the Pyeongchang Winter Olympics, Fasell once proposed to let China The men’s and women’s ice hockey won the Beijing Winter Olympics direct pass qualification, this proposal has been passed, and Fassel expressed the hope to use the 2022 Winter Olympics ice hockey competition to further promote the sport in China and Asia. 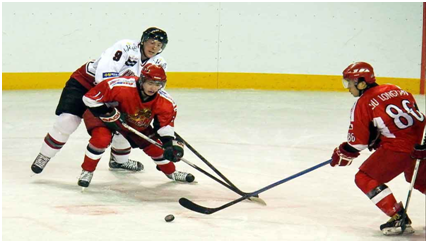 In October of this year, the 2018 China Curling Open was held in Chongqing. As a high-level event in the world, the competition attracted the international top curling teams such as the US team and Canada team to provide the Chinese national team with a master at home and the world. Opportunity. Kate Casenes, president of the World Curling Federation, said that such events provided the Chinese team with a bigger platform for growth and increased the influence of curling in China. When asked how to expand the influence of curling in China, Casenes replied: “Curling can be from 7 to 80 years old. It is a sport that everyone can participate in. 300 million people participate in ice and snow. As long as one-hundredth of the people play curling is a big number, I also expect more Chinese youth to participate in the curling exercise.” International Snow Federation Secretary-General Sarah Lewis said that the number of skiing participants increased It will drive the development of the tourism industry and will also bring benefits to the local economy. “China’s ice and snow resources are very rich. With the opportunity of the Beijing Winter Olympics, more and more people will participate in the snow and ice sports, and will also promote the development of the entire ice and snow industry.”