Along with birth of C language in 1972 by Martin Richards and Ken Thompson, it has been widely applied to underlying development because of its purpose to realize easily compilation, to process low level memory, to produce less machine code without any support of operation environment. So any newbies will know about features of this programming C Language? Well, let me introduce the C language with its corresponding features below, 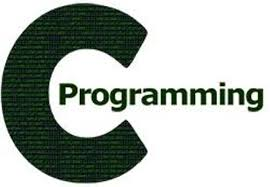 It is a unit of work that combines the basic structure and statements of the high-level language with the practicability of the low-level language.

The remarkable feature of structured languages is the separation of code and data, that is, each part of a program are independent of each other except for the necessary information exchange. This structured way can make the program level clear, easy to use, maintain and debug. C language is provided to users in the form of functions, which can be easily called, and a variety of loops, conditional statements to control the flow of the program so that the program is fully structured.

Because of the existence of standards, almost the same C code can be used in many operating systems such as Windows, DOS, UNIX and so on, at the same time It also applies to many model of computers. C language is better than other high-level languages for writing hardware operations.

It can operate directly close to the hardware, but the pointer operation of C Language is not protected, which also brings a lot of unsafe factors to it. C++ has made improvements in this area, retaining pointer operations while enhancing security, supported by some users. However, because these improvements increase the complexity of language, it is also criticized by other parts.

Java absorbs the lesson of C++ and cancels pointer operation. It also cancels some controversial points in C++ improvements, and achieves good results in security and suitability. However, Java itself runs in a virtual machine with less efficiency than C++ and C language. Generally speaking, C, C++, and Java languages are considered the same family of languages, and they have long dominated the top three programs.

About Features of C Language